Occasional Sales of Restored Pianos by

When starting this project, I recognized that the transmission was inoperable. Nothing rotated. It was completely seized up and parts were broken. Fortunately all of the gearing hardware was present. It was only natural to start with the transmission. Without the transmission, nothing can work.

A short video of the transmission working after hours of research, design, and building

Though the prospect of restoring this transmission was daunting, I've been able to approach it with enthusiasm, since it was a significant creative outlet for my design and machining skills. I consider myself to be a woodworker, but having acquired both a metalworking lathe and a milling machine, I've been studying the machinist's art. It's great to be able to solve problems with the precision that machining provides. Machinist precision was essential for the success of this project.

When Baldwin engineered the transmission, they chose to cast a pot metal frame to support the components. That was a decision which did not fare well with the test of time. When the piano came into the shop, I could see two broken parts in the transmission frame. Ultimately, in disassembling the transmission it broke in four or five more pieces. The casting was just too brittle to function structurally. After removing the frame, I super-glued all the pieces back together so that I had a model of the geometry.

Unfortunately, most of the early style [Baldwin] transmission frames are irreparably warped and broken due to intergranular corrosion, requiring replacement ... Before you purchase an early Baldwin with a broken transmission frame, or before you restore one for someone else, find out whether a replacement frame is available or whether you will have to make your own transmission to fit the spoolbox.

Well, I guess I didn't read that before accepting the job, but I did enjoy the process.

The new transmission frame features one-fourth inch aluminum plate for primary support with brass standoffs. The bearing points are made of bronze: specifically, bearing bronze which has a high lead content to minimize friction. The shift mechanism utilizes a sliding axle. To facilitate the shift of direction, two gears ride free on this axle and are retained by brass saddles. The original Baldwin frame relied on a fragile cast finger to retain those gears. I'm confident that the longevity of the rebuilt transmission will far exceed that of the original. 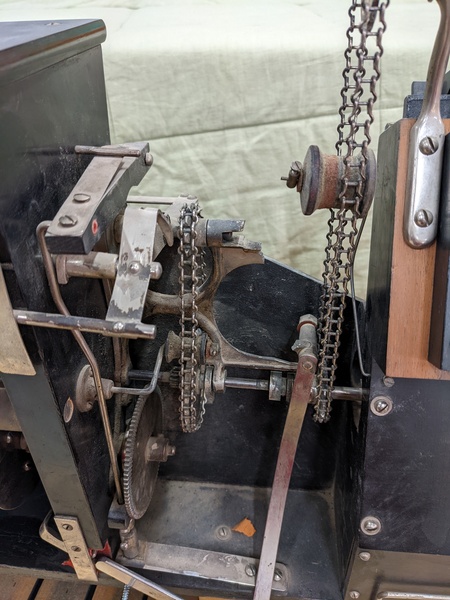 The beginning, with broken transmission frame 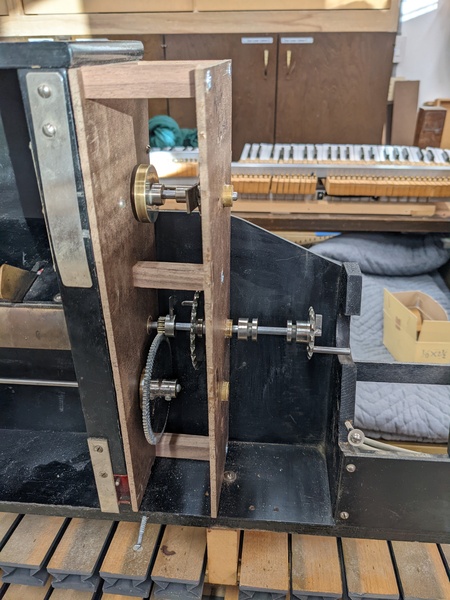 Mockup of the new transmission frame in masonite 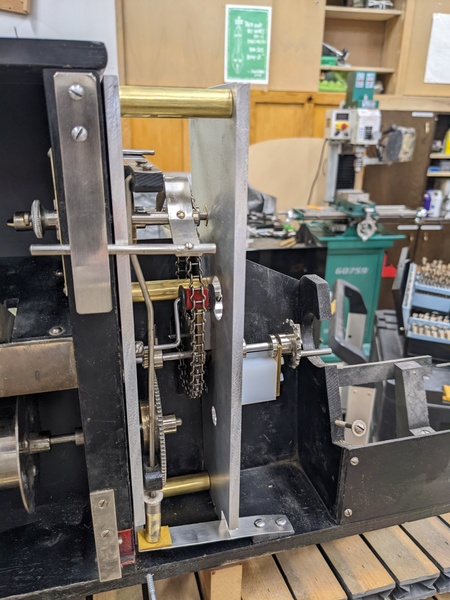 The transmission with aluminum frame, and brass supports 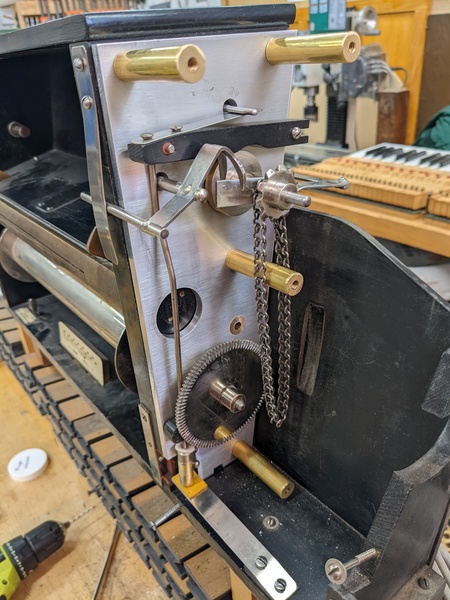 Followup: This project generated some discussion in the Facebook Player Piano Enthusiast Group 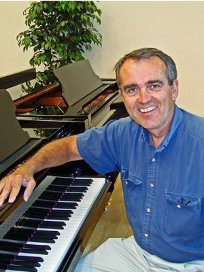 Excellence is the unlimited ability to improve the quality of what you have to offer.